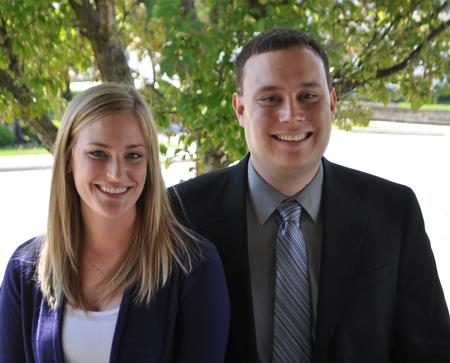 Dr. Josh Schmerge is a Botkins High School graduate.  Josh attended The Ohio State University prior to attending Logan College of Chiropractic in St. Louis where he earned his Bachelors in Life Science and Doctor of Chiropractic.  While at Logan, Josh worked at Logan’s outpatient clinics, St. Patrick’s Clinic, and the St. Louis Adult Rehabilitation Clinic where he was able to treat patients with a wide range of conditions.  He was active with the sports program at Logan and was able to treat different kinds of athletes at the University of Missouri and aided in the development of the strength and conditioning program at Jefferson Community College for the women’s basketball team.  He later worked under Dr. Carl Makarewicz of Kare Chiropractic in St. Peters, Missouri as a Senior Intern for his final trimester at Logan. He also received a Nutrition certificate while working in St. Louis. Josh also has his Masters in Sports Science and Rehabilitation from Logan University.
Dr. Josh grew up on a farm outside of Botkins. His family are avid fair supporters, as he participated in 4H for 10 years. Josh is married to Jamie and they currently have two daughters Lydia and Cora!